What’s really in your tap water? 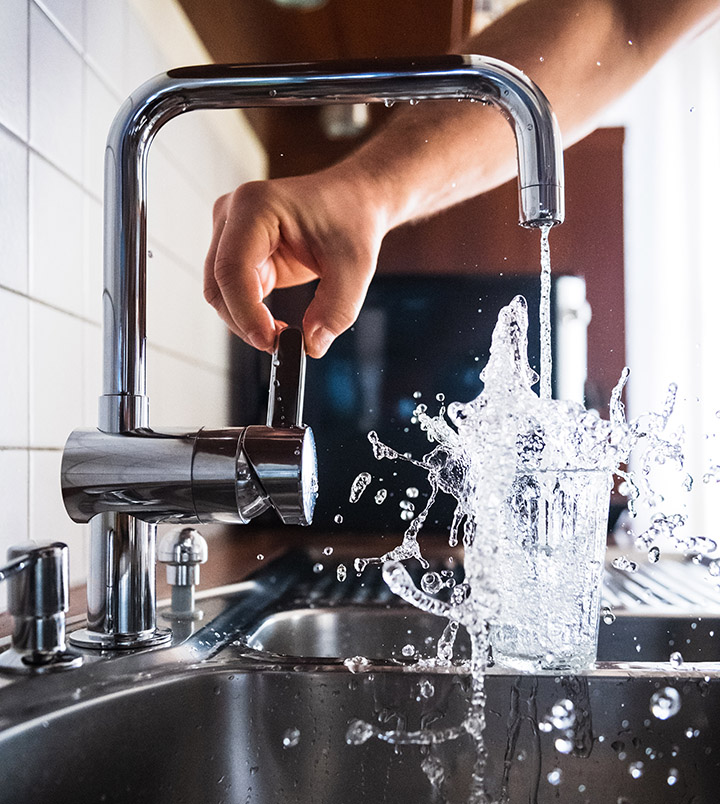 There are many other substances in your water in addition to H2O. The majority of these chemicals are there to improve the water’s taste and are safe as the percentage found in water is minuscule. Chemicals such as chlorine is added by the water companies to kill off any additional bacteria before it leaves the water plant, however there are some chemicals which won’t be added but may have infiltrated your water supply. These chemicals may include PAH (poly nuclear aromatic hydrocarbons), lead, copper and zinc depending on the type of pipes installed in your home.

Chemicals can be found in tap water:

Lead gets into our water as it travels through lead water pipes which over time corrode, allowing the lead to enter the water system. Exposure to lead in drinking water can have serious health implications such as kidney problems, high blood pressure and stunted mental and physical growth in children.

When metal ions such as calcium, sodium and magnesium are present in your drinking water supply, it can result in too many of these metal ions building up in your body, which can lead to hardening of the arteries and also contributes to kidney stone. Not only that, but water hardness can also cause skin irritations, acne and wrinkles! You can check water hardness using TDS Meter

Fluoride is added to around 10% of the UK’s water supply, its purpose is to help prevent dental decay, however the problem with adding fluoride to water in my opinion greatly out way the benefits. The thyroid gland is particularly affected by fluoride exposure because its store of iodine is depleted. Lack of iodine depresses the thyroid’s metabolic and immune functions by shuting down production of thyroxine, the thyroid pro hormone that controls metabolism resulting in hypothyroidism and lowered immunity. The resulting hypothyroidism causes weight gain, cold intolerance, dry and prematurely aged skin, depression, constipation, hair loss, memory loss, irritability, increased cholesterol levels, heart disease and loss of libido.

Moreover, research by Birmingham University showed that the “chlorination” process that tap water goes through to kill germs and dangerous bacteria could be a problem for pregnant women.Researchers found that chemicals formed during chlorination called trihalomethanes, or THM for short were found to affect pregnant women more and cause a higher incidence of three birth defects (hole-in-the-heart defect, cleft palate or anencephalus).

Note: If you want to read more about What are the drinking water standards?